What do bounty hunters do
when the galaxy no longer needs them?

Reunite a disbanded crew of bounty hunters, jaded sidekicks, shabby droids and shady accomplices. Then pick a hosting role and start a new life together. 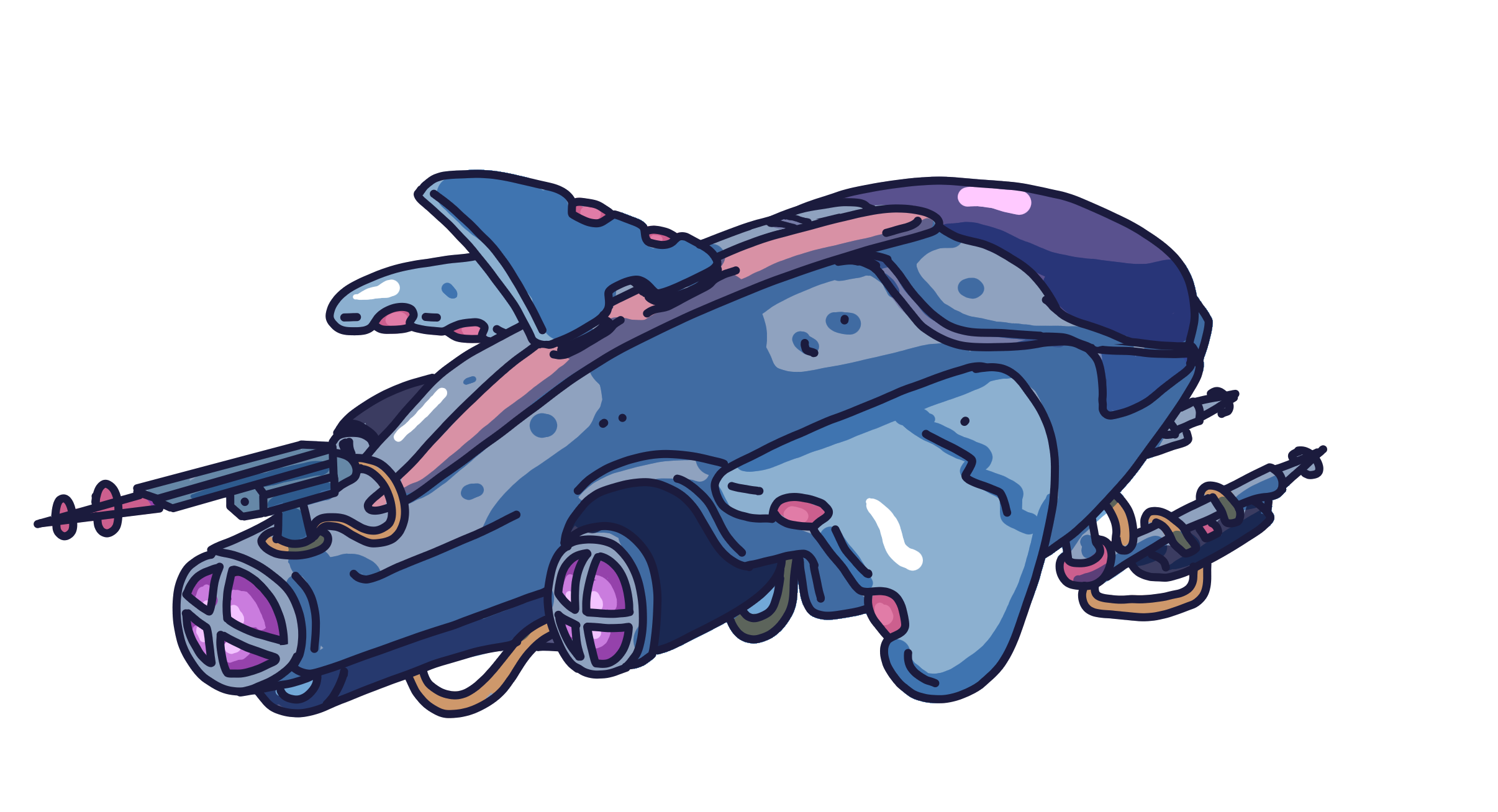 What is
A Complicated Profession?

A Complicated Profession is an ENNIE-nominated, light-hearted sci-fi TTRPG for 3 to 5 players. It's a one-shot that should last a few sessions.

Instead of having a traditional GM, everyone plays as their own crew member (or sometimes a passenger!), taking turns to choose events and be the lead player.

Everyone starts with two player sheets - their old hunter role and their new host role. As you play, you'll gradually leave behind your past life, giving up your old name, possessions and skills.

Every game is unique due to:

During events, you'll answer prompt questions and build on each other's stories to find solutions to the problems you'll face in your new career.  At the end of a contract, someone will role play as a passenger to judge your crew!

By the end of the game, most players become experienced hosts, with a different set of skills and a nickname that reflects their new career.

What do I need to play?

The ACP files include:

You'll just need to provide 3 six-sided dice and a deck of playing cards.

Can I still buy the zine?

I usually offer copies of ACP as an addon to my other Kickstarter projects to help me plan print runs. The zine is also stocked exclusively at Exalted Funeral. You can either:

ACP was inspired by Stewpot: Tales from a Fantasy Tavern by Takuma Okada and the Firebrands system created by Meguey and Vincent Baker.

ACP was funded through Kickstarter during ZineQuest 3.

In order to download this game you must purchase it at or above the minimum price of $10 USD. You will get access to the following files:

Support this game at or above a special price point to receive something exclusive.

Claim a free copy of A Complicated Profession if you're marginalised/in need.

Please consider leaving a nice review or 5-star rating if you enjoy the game!

500 community copies are available thanks to my Kickstarter backers.

Hi, I bought this physically on BackerKit, is there anyway that I can get access to the printouts without rebuying the game?

Hey, I'm planning on sending out digital codes for ACP next month so there's no need to purchase it here!

It just makes sense to wait for more people to complete their surveys to send out a big batch of codes...

If you'd rather not wait please just let me know and I'll email you a code :)

I was hoping to run it tonight if my players agree so a code would be wonderful! Where's best to contact you?

Awesome, you'll have to let me know how it goes if it happens!

I think I have your email from BackerKit so I'll send you a code now...

Wonderful, that worked perfectly and if the stars align for playing I'll let you know!

I'd like to use your miro board for this game (https://miro.com/app/board/uXjVOmgssS8=/) ... I want to duplicate it to use it for my own game - can you please grant me access?

You can click on the board and there should be an option to duplicate: 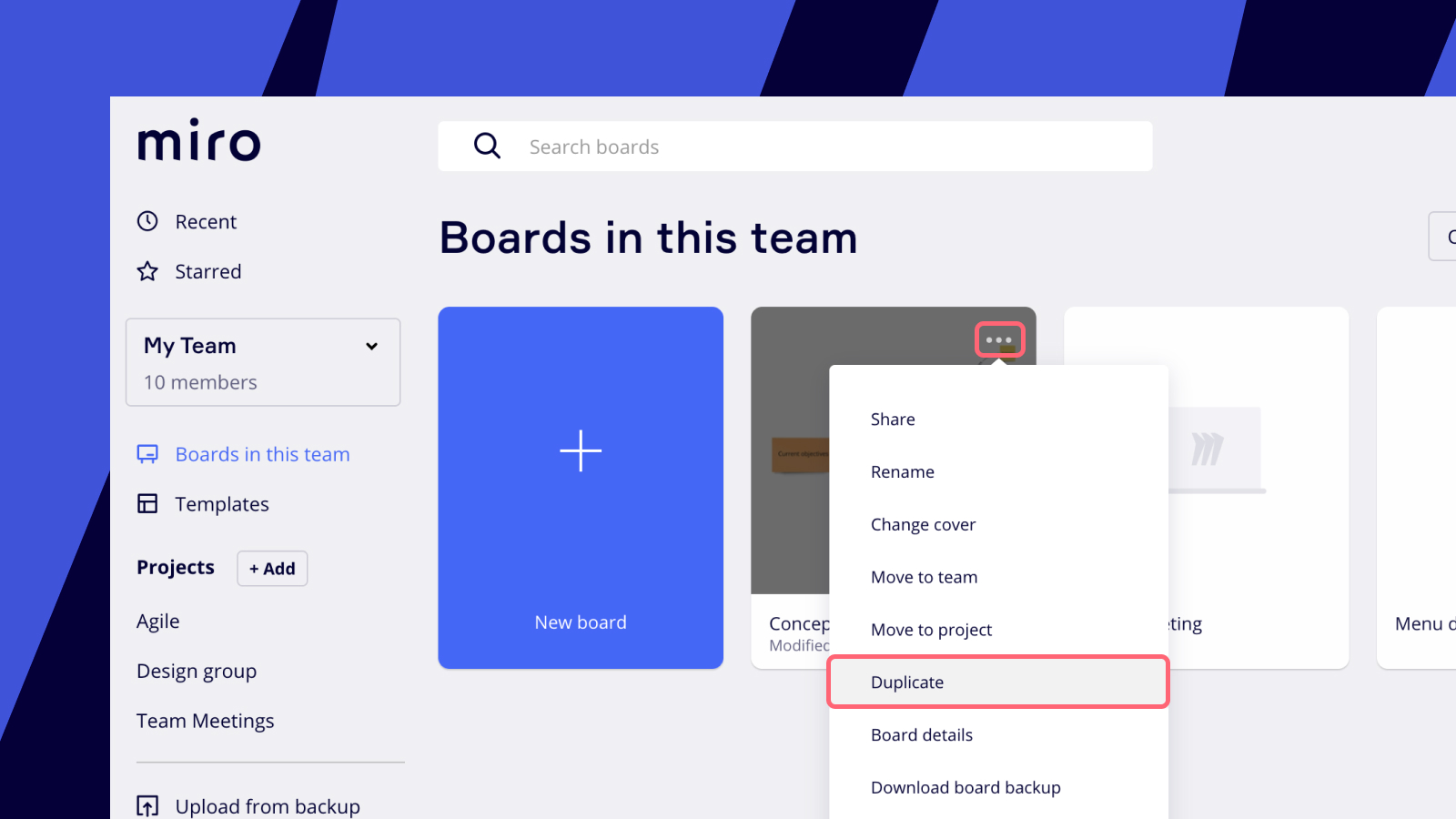 or you can click on the name of the board when you’re viewing it:

Please let me know if that’s not working! Thanks for checking out the game :)

Thank you for your quick reply! I have a miro account (and I tried this while being logged in), however, I can't find your board.

If I  click on your link  (https://miro.com/app/board/uXjVOmgssS8=/) the message below shows up.

Sorry, I'm not really familiar with miro, so I'd appreciate if you could let me know how to find your board. 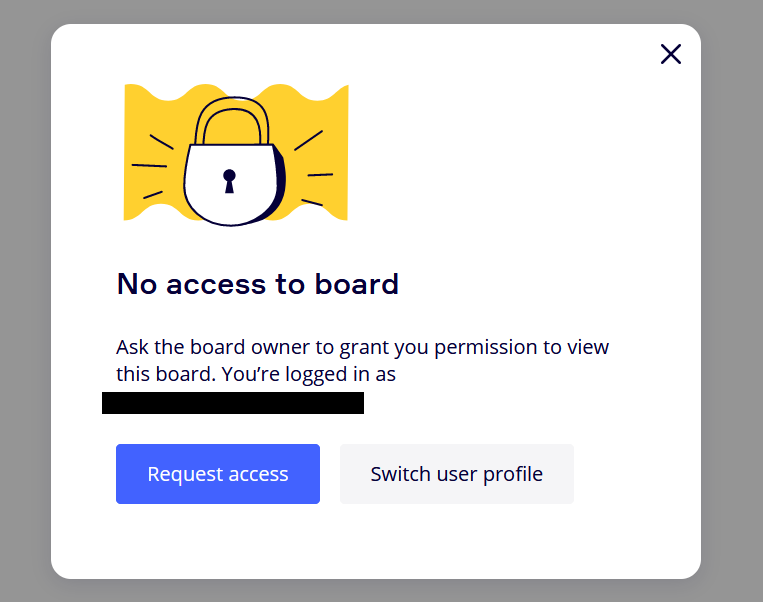 Ahh I've looked into it and I made a mistake when I updated the files recently.

If you re-download the file 'Playing A Complicated Profession Online.txt' there should now be an updated link that lets you view and duplicate the board!

I won't post the link publicly as the board contains the complete game. I'd rather people claimed community copies for access to the link if they don't want to buy ACP :)

Hopefully that fixes the issue!

Thank you very much! I was able to duplicate your board. Can't wait to play ACP :)

Hey!
It's intended that only Hunter Experiences are single-use (and then crossed out after using them).

A character can use their Host Experiences as many times as they like - but still only one Experience per Event. The idea was that some of the threats and situations you'll encounter will be tempting to resolve using a Hunter Experience. But as your character and team evolves you'll generally need to change your approach.

Of course, your group's game may vary depending on the order of Events you play and the Experiences you choose! Some of the Host Experiences might be applicable to lots of scenarios (or more 'powerful') but as a story-first game I find most players prefer to mix it up and the Experiences serve more as a prompt to spark fun ideas :)

Hope that helps and thanks for checking out the game!

Thank you! That's very helpful. I thought that's how it would work, and I just wanted to make sure - I didn't want to accidentally make Events too easy. For the benefit of other potential buyers: I have no other rule questions and the game is laid out in a super user-friendly and thoughtful way. You make a few copies and you're ready to share it with your friends at the table; and when your friends see the copies, they'll immediately understand how to use them.

I haven't seen any other game quite like this, and I hope I can get it to the table with my group soon. "Powered by the Apocalypse" games were the standard in adapting short-to medium-length drama, particularly high-status serial television drama, into RPGs for several years, and I would LOVE to see this ruleset adapted in a similar way. I think it could be just as adaptable as PbtA, and could be used in many settings. The "playbooks" are perfectly written to allow players the leeway to make many different versions of a bounty hunter, pilot, droid, etc.; at the same time, they give enough colorful inspiration that just about anyone - whether a complete newbie to narrative RPGs or otherwise - will light up with ideas; and there's enough structure that every character will be interesting and will fit into the group.

This whole game is a real feat of structured creativity. A designer's task is to lay out a sort of flowerbed bursting with vitality and potential, and leave it to OTHER PEOPLE - veterans, beginners, and everything between - to make something of it. I can feel just from reading it that this game is ready to pop. Another comment here by JDCorley mentions the balance of "straight" and "funny" - I would also say there's a balance between light moments and meaningful moments that is really remarkable. Some players will naturally lean toward being goofy, some will want to play it sentimental or serious sometimes, and this game will accommodate all of that.

By the way: I have the print version as well as the digital copy, and it's a great print job. Nothing but good things to say about it.

I've always suggested that the sitcom was a natural fit for tabletop RPGs, but few games have truly figured out the combination of holding environment, recurring supporting cast, and balance of "straight" and "funny" to make the sitcom setup work.  After Paranoia, there's a long break in the sitcom RPG world. Primetime Adventures had "ensemble cast TV show" as a remit, which can include sitcoms, but usually in today's prestige streaming world, everyone wants to make the new Sopranos or Haunting of Hill House.

My group ran ACP for a few nights - not all the way through the season, but far enough to really absorb the cycles of play.  ACP does a fantastic job of creating a funny and evocative sitcom premise, and then even provides the episodes itself!  A "season" of ACP probably lasts around eight or nine episodes - although sometimes you can get through two episodes in a night there are also downtime and refit episodes, as well as a season finale.  We had a great time and highly recommend it.

Ironically, another great zine-style game came out recently with a sitcom premise and structure: Visigoths and Mall Goths.  I'm excited to see what others do with this underserved area of tabletop RPGs going forward. Congrats to AlwaysCheckers on a successful project and best wishes on their next one.

Thanks for your detailed review! I definitely think more games could lean into the episodic theme, although I've heard of at least one or two coming out next year that might fit the bill!

I'm glad your group had a great time and I hope you managed to recruit a few passengers to join your recurring cast :)

Getting ready to run my first game of ACP on Miro, using the template you provided. I setup a custom miro app based on github.com/tpftg/dice.io so we can do dice rolling right on the board, and I’ll have a deck of cards to flip through as needed. I really appreciate the work you put into setting up the miro template. If I could offer some feedback on it, I had to scale the whole thing down quite a bit to make the default text font size and pen tip size work without needing all the players to change their defaults. I’ve currently got my copy setup to where 100% zoom fits a single 2-page event printout, whereas prior it would only fit a few paragraphs at the same zoom level. The default tool sizes are much more reasonable at this scale.

Hey, thanks for the feedback! The Miro board is definitely not perfect but good to know it’s at least workable. I might look at playing around with the scale when I get a chance :) Hope you have a great game and let me know how it goes!

Had an amazing time playing A Complicated Profession last night and was already asked by a friend to play again today! Wonderful game, lots of laughs were had.

Hey, thanks for your comments - this made my day!

I hope your next game of ACP is as fun as the first :)

Aww, yeah we were texting about it all day today and are gonna play again tomorrow! Really looking forward to it 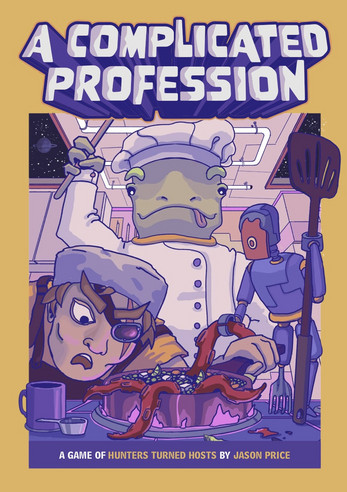 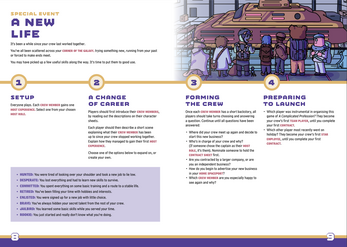 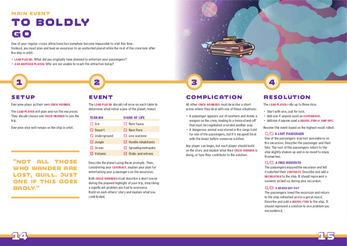 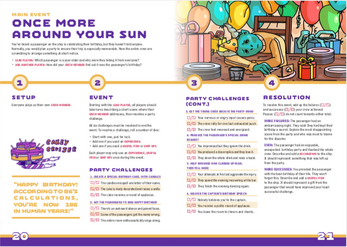 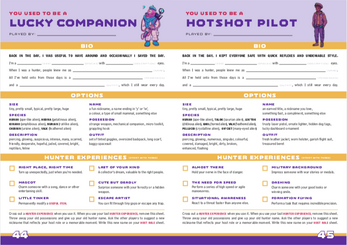 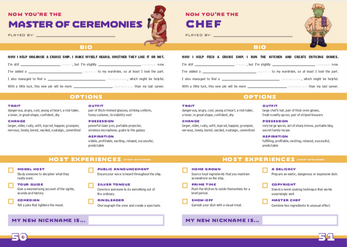